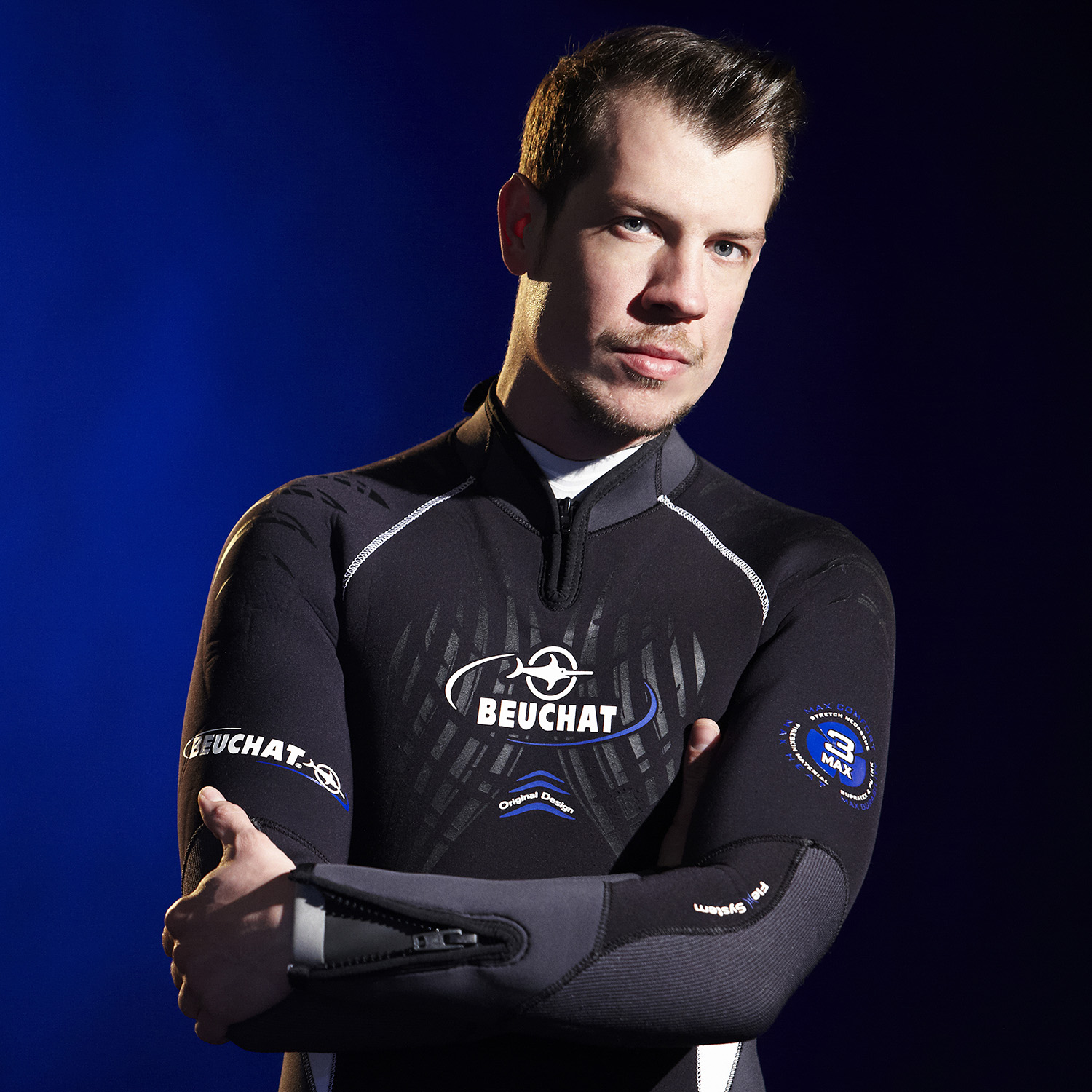 Harry Fayt was born in 1979 in Charleroi, Belgium. As far as he can remember, he has always had a special connection with water. It was however not the most suitable connection for him…

Victim of a chronic ear infection in his childhood, his treatment kept him away from pools under any circumstances. Nevertheless, stubborn and determined as a teenager can be to explore water, he developed a severe infection. A qualified doctor eventually authorized his underwater freedom.

At the age of fifteen while he was browsing through a Vogue magazine, he was fascinated by the way of bringing out the beauty in every woman. He therefore enrolled at “Félicien Rops” Technical Institute in Namur, hoping to become a fashion photographer.

In 1998, guided by his second passion, music , he wandered through Europe for years immortalizing artists for the music-related press.

In 2006, in Liège, he opened his portrait studio. Three years later, after having invested in specialized underwater photo material, he took his first swimming babies’ shots.

By merging his adolescent dream with his new studio, the pool, Harry Fayt managed to become a fashion underwater photographer.

Bored with the surface swimming, underwater peacefulness and serenity became his playground. He started to lure his preys like in a net in order to immortalize them, setting them free thereafter.